Golden Turmeric Elixir has such a brilliant golden yellow hue that you almost can’t believe it's natural. The colour comes from natural curcumin, which is the bioactive ingredient in turmeric.

Golden Turmeric Elixir has a pleasantly balanced earthy turmeric and ginger taste, with just a hint of cinnamon. As you swirl it around in your mouth, the creamy vanilla comes to the front of the flavour, and finally the warmth of black pepper leaves your mouth singing, fresh and clean. Until your next sip, where it begins all over again. 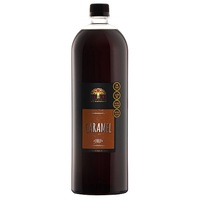